ASPEN, Colo., July 25, 2014 – Russia’s decision to fire artillery from within Russia onto Ukrainian military positions transforms the security environment throughout Eastern Europe, the chairman of the Joint Chiefs of Staff said here yesterday.

“You’ve got a Russian government that has made the conscious decision to use its military force inside of another sovereign nation to achieve its objectives -- first time, I think, probably, since 1939 or so that that’s been the case,” Army Gen. Martin E. Dempsey said at the Aspen Security Forum.

The military actions in Ukraine mark a change in the relationship between Europe and Russia, and between the United States and Russia, Dempsey said, though the true meaning of the change isn’t yet defined.

Since 2008, the Russian military has increased its capability, its proficiency, and the level of its long-range aviation and air-launch cruise missile testing activities, the chairman said.

“They clearly are on a path to assert themselves differently, not just in Eastern Europe, but in Europe in the main and toward the United States,” he said.

The next thing that must happen is to define what these changes mean for NATO, Dempsey said, noting that NATO was created to increase stability and offset Soviet aggression at the time while maintaining a stable Europe.

“And we’ve been successful at it for 60 years,” he added.

Suggestions that the U.S. withdrawals from Iraq and Afghanistan caused the nation to appear weak or unwilling to use force and created an opening for the Russian military actions in Ukraine are without merit, the chairman said.

“I think this is very clearly [Russian President Vladimir] Putin, the man himself, with a vision for Europe, as he sees it, to what he considers to be an effort to redress grievances that were burdened upon Russia after the fall of the Soviet Union, and also to appeal to ethnic Russian enclaves across Eastern Europe with … a foreign policy objective, but also a domestic policy objective,” Dempsey said. “And he’s very aggressive about it, and he’s got a playbook that has worked for him now two or three times. And he will continue to [use it].”

Russia’s violations of Ukraine’s sovereignty have triggered a rise in nationalism around Europe, the chairman said. “If I have a fear about this,” he added, “it’s that Putin may actually light a fire that he loses control of.”

Dempsey said he believes in keeping an open line of communication with his Russian counterpart, Army Gen. Valery Gerasimov, the chief of the General Staff.

His real concern, the chairman said, is that having this fire in an isolated part of Eastern Europe may not stay in Eastern Europe.

“And I think that’s a real risk,” he added. “So I am maintaining an open line of communication with my counterpart, and so far, he’s doing the same with me.”

The United States isn’t sitting idly by as these events unfold, the nation’s top military officer said. An active process is going on to determine what support can be provided to Ukraine, he said, and the United States is working with its NATO allies to build capability and readiness.

In addition, he said, “we’re looking inside of our own readiness models to look at things we haven’t had to look at for 20 years, frankly, about basing and lines of communication and sea lanes.” 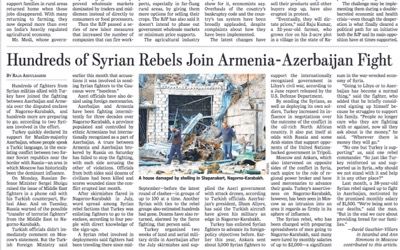