ON the sixth day she was homeless, Tonya Lewis overslept. She woke in the dark, in Room 6E at the 93rd Avenue Family Residence, a privately run shelter in Jamaica, Queens. It was 4:45 a.m. She was already running late.

Rousting her children — Unique, 15, and Jacaery, 2 — from their beds, Ms. Lewis got them dressed and started shoving DVDs and diapers into two bulging tote bags. When the boys were ready — sleepy, sullen, hoodied, backpacked, in hats and winter jackets — she pushed them out the door (“Come on, we gotta go!”) to begin their daily routine.

They took the Q54 bus five stops to the J train. They took the J train 14 stops to Broadway Junction station. Unique hopped off and transferred to the C train, then the S train, then walked a distance to his classes at the High School for Global Citizenship in Prospect Heights, Brooklyn. Ms. Lewis, with Jacaery (pronounced Juh-CARE-ee) still in tow, transferred from the J to the L train. She took the L to the B6 bus in Brooklyn, which she rode to East New York, where she worked for an hour, and then reversed course — the B6 to the L to the J — to get Jacaery to his day care center in Bedford-Stuyvesant by 9.

All told, the odyssey required four hours, six trips on the subway and three trips on the bus, and suggests the changing nature of homelessness in New York. Unlike in the 1980s, when the crisis was defined by AIDS patients or men who slept on church steps, these days it has become more likely that a seemingly ordinary family, rushing about on public transportation with Elmo bags and video games, could be without a home.

Of New York’s more than 40,000 homeless people in shelters — enough to fill the stands at Citi Field — about three-quarters now belong to families like the Lewises and are cloaked in a deceptive, superficial normalcy. They do not sleep outside or on cots on armory floors. By and large, their shoes are good; some have smartphones. Many get up each morning and leave the shelter to go to work or to school. Their hardships — poverty, unemployment, a marathon commute — exist out of sight.

Underlying this transition is a cascade of events, both economic and political. For the past three years, city officials say, 30 percent of New Yorkers seeking shelter have done so because of evictions, many connected to the financial crisis. (Domestic violence and overcrowding were other chief reasons.) At the same time, a disagreement over money between city and state officials last spring led to the cessation of a rent-subsidy programdesigned to shift the homeless from shelters into apartments. For the first time in 30 years, there is no city policy in place to help move the homeless into permanent homes.

MS. LEWIS, a health care aide, was evicted last month from her home in Far Rockaway, Queens. She was working full time for Able Health Care Services of New York, making about $500 a week tending to an autistic man. In August, because of cuts in Medicaid, her hours were reduced by half. Six weeks ago, she separated from her husband, Gregory Pitters, a maintenance man, who, before he lost his own job, earned $600 a week. On top of this, the $1,000 rent subsidy Ms. Lewis was receiving from the city, through the now-defunct program Advantage, ran out. Her apartment, a small two-bedroom, rented for $1,200 a month. She now makes $210 a week. She owes her landlord $4,280. The problem was mathematical, she said: “I can’t afford the rent.”

She was in Brooklyn, on Halsey Street and Broadway, where Jacaery was in tears, when she said this. He often throws a tantrum when his mother leaves him at day care. At the center, a cheerful place with cubby holes and construction-paper cutouts, an attendant flung Jacaery over her shoulder. He wept and wailed and kicked his legs as his mother walked away.

At 38, Ms. Lewis has three sons with three men. She rarely sees the father of her oldest child, Tarrick, who is 19 and lives in Brooklyn with her mother, Delores Lewis, and one of her younger brothers. Unique’s father died years ago and, as a rule, is not discussed. Ms. Lewis said she hoped to work things out with Mr. Pitters, Jacaery’s father, who is living with his mother in the Bronx. “We’re in this situation partly because of him,” she said. “He apologized. But like I said, ‘Apologies are not acceptable right now.’ ”

She was back on Broadway, headed for her agency’s office, when her cellphone rang. It was a former boyfriend, Gary Wade, who was recently released from the Dutchess County jail. Mr. Wade wanted to meet Ms. Lewis at the Halsey Street J stop; at the station, he demanded her assistance in tracking down a lawyer who had represented him before he went to jail. The lawyer had his watch, he said, and his “very expensive Cartier glasses.” 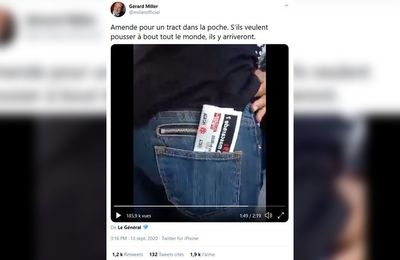