NATO Drills For Nuclear Attack On Iran and Syria

Yesterday I carried a story on a crash between a French Air Force Mirage and a Royal Saudi Air Force F-15.  The story confirmed that the Saudi pilot and the two French pilots were safe.  Little additional information was available.  Today, I am able to report that the two-seat Mirage was in fact either a French Air Force Mirage 2000-D or a 2000-N.   Both aircraft, in their later variants are virtually identical and are used for the long-range nuclear strike role by the French Air Force.

This begs the question, is NATO preparing to 'go nuclear' in the coming General Middle East War against Iran and Syria?  There are hundreds of allied fighter-bombers available in the Middle East that can hit targets in Iran and Syria.  Why bring in the specialized long-range nuclear capable Mirages?

Currently, within the last week or so, the following battle forces have been assembled by NATO in the Middle East.   A massive war armada is sitting just south of the Strait of Hormuz, it consists of THREE US Navy super-carrier battle groups: the USS Carl Vinson; the USS John C. Stennis; and the USS Abraham Lincoln.  Each battle group generally has four or five Ageis air defense cruisers and destroyers, and usually one to three other destroyers and/or frigates, plus a large support ship and one or two hunter-killer nuclear submarines.

Additionally, there are up to three other large flat-tops, US Navy assault carriers and their battle groups.  These include the USS Makin Island with its USMC Harriers and various Marine attack and assault helicopters. The Makin Island has the capability to off load Marine amphibious assault crafts and its battle group is accompanied by the USS New Orleans and the USS Pearl Harbor, both very powerful assault ships capable of launching large numbers of Marine amphibious crafts.

Additionally, the French Navy has brought in its top-of-the-line nuclear carrier the Charles DeGaulle with its battle group.  The British Royal Navy has added to its local fleet its most powerful warship the Type 45 Air Defense Destroyer the HMS Daring.  The combination of the French carrier and the US super-carriers means that fully one-third of all the nuclear powered aircraft carriers on Earth are now assembled near the Strait of Hormuz!

In addition to all of this, the US Army has rushed into Kuwait THREE combat brigades.  Two are powerful mechanized brigades (one from the First Calvary Division; the other from the MN National Guard) and the third is a Army aviation brigade with its vast numbers of attack and assault helicopters.

Thousands of USAF troops were airlifted into Israel along with the most advanced anti-missile technology that America has over the last two weeks.

Both Russia and China have been very vocal in opposing any new war in the Middle East.  However, Russian warning have been very clear, stating that any attack on Tehran would be considered an attack on Moscow.  To make this point crystal clear, the Russian Strategic Missile Forces have suddenly begun a 'High Alert Drill' according to RiaNovosti this "drill" involves the latest and most dangerous nuclear armed Russian ICBMs. [Russia’s Strategic Missile Forces are holding a series of exercises to practice putting road-mobile missile systems on high alert, SMF spokesman Col. Vadim Koval said.

While the world's attention is on the GOP Presidential race and the Eurozone crisis war clouds are gathering in the Middle East and the entire planet is at risk.   A risk that is greater than that it faced almost half a century ago with the Cuban Missile Crisis. 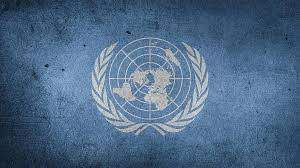