WORLD leaders are staying in hotel rooms costing up to £32,000 A NIGHT — as they discuss the global economic crisis.

The G20 bigwigs are lavishing thousands more on gourmet meals and fine wine in the glitzy French Riviera resort of Cannes.

Officials calculate the bill for hospitality alone will be ONE MILLION euros.

The two-day summit is being staged on a palm-fringed seafront which boasts some of the world's most luxurious hotels.

His Presidential Suite at the five-star Majestic Hotel is an eye-watering £32,000 a night.

German Chancellor Angela Merkel and Russia's President Dmitri Medvedev are among guests in smaller suites costing between £10,000 and £30,000.

US President Barack Obama is staying in the vast £30,000-a-night Grace Kelly suite at the Carlton Hotel, which has fine views over the Mediterranean.

It makes PM David Cameron look positively frugal as he settles for a standard suite at the Marriott Hotel costing a mere £1,680.

Tight security means French taxpayers worried about the effects of the eurozone turmoil on their own finances cannot even get close to the hotels enjoyed by VIPs and their entourages.

Not that many locals can afford the prices charged in the hotels and best bars and restaurants. In the bar at Obama's Carlton bolthole, a glass of house wine costs £10. A cheese and ham sandwich is a hefty £16.

Dining in the hotel's restaurant can cost more than £150 a head without wine — and the breakfast buffet adds £30 to the bill.

Average prices in Cannes' four main hotels for a glass of mineral water and a cup of coffee is £8. Lowest price for half a pint of lager is £6.

A Cannes town hall spokesman said host country France will pay for the world leaders' accommodation and immediate expenses such as food and drink.

The visitors' countries will fork out for their own delegates, press and other entourage members. The total cost to France for staging the summit is believed to have soared to nearly £1BILLION.

Unmanned anti-terror drones have been patrolling the skies over Cannes. And 12,000 extra cops and security experts were called into place.

The cost of vehicles, equipment and deploying snipers is estimated at £50million — with a similar figure for using the air force and army.

French frigates and minesweepers have also been patrolling the Bay of Cannes, costing a further £25million.

PM George Papandreou was at the centre of the confusion. He dropped plans for a referendum on an EU bailout deal in the face of massive pressure from France and Germany. Chancellor Merkel reportedly warned Greece that it could be expelled from the EU for ten years.

Last night it emerged Mr Papandreou may step down today and hand power to a coalition government.

Mr Papandreou suffered a cabinet revolt when he returned from a dressing-down by Sarkozy and Merkel.

Three MPs defected and he today faces a knife-edge confidence vote in Parliament.

Even if he wins he could decide to go. 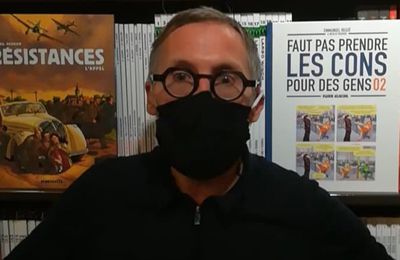