China’s official media published a strongly worded article on Oct. 25, asking countries who have conflicts with China over the South China Sea region to get prepared for a military resolution.

On the same day, however, the Chinese Foreign Ministry announced that they will “do their best to peacefully solve,” the conflicts in the South China Sea. The contradictory statements drew attention.

The Global Times, operating under the People’s Daily, published an editorial on Oct. 25, saying that on the South China Sea disputes, China just cannot negotiate, but should “kill one to warn a hundred,” if necessary. It also warned those countries to be ready for “sounds of gun shots.”

In recent months, China and Vietnam have had conflicts over oil exploration in the South China Sea. Meanwhile, territorial conflict over a group of islets, islands, and reefs off the coast of Philippines, referred to as the Spratly Islands, has tensed up China’s relations with Philippines.

The Voice of America, on Oct. 25, referring to the article in the Global Times, said that China, Vietnam, Philippines, Brunei, Malaysia, and Taiwan have all claimed either part or whole sovereignty over the South China Sea – a region believed to have rich reserves of oil and gas.

China and Vietnam had signed a deal on resolving the territorial disputes in the South China Sea in mid-October. Both sides then agreed to seek out mutually acceptable solutions.

Philippines and South Korea have both detained Chinese fishing boats and fishermen, and some of them haven’t been released yet.

The editorial of Global Times says the conflict in South China Sea is “continuously consuming China’s domestic political unity,” and that maritime military conflict “may not be as terrible as some people have predicted.”

On the same day, the CCP officially denied that it had military intentions. A spokesman for China’s Foreign Ministry reaffirmed on Tuesday, Oct. 25, that their position is one of committing to a peaceful resolution for the conflict.

When the Foreign Ministry Spokesperson, Jiang Yu, was asked about the Global Times editorial, Jiang insisted the threat of military action only reflects the view of a newspaper. Jiang insists that China is committed to a peaceful development and cooperation with neighboring countries. 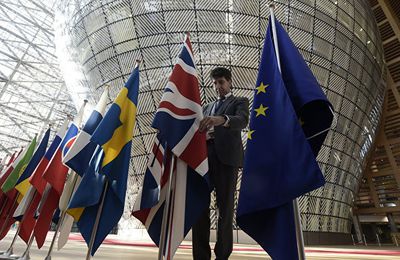