A small-sized find in an ancient megalithic temple stirs the imagination.

Excavations among what many scholars consider to be the world's oldest monumental buildings on the island of Malta continue to unveil surprises and raise new questions about the significance of these megalithic structures and the people who built them. Not least is the latest find - a small but rare, crescent-moon shaped agate stone featuring a 13th-century B.C.E. cuneiform inscription, the likes of which would normally be found much farther east in Mesopotamia.

Led by palaeontology professor Alberto Cazzella of the University of Rome “La Sapienza”, the archaeological team found the inscribed stone in the sancturary site of Tas-Silg, a megalithic temple built during the late Neolithic period, and which has been used for various religious and ceremonial purposes by the ancients from the third millennium BC to the Byzantine era. The inscription was translated as a dedication to the Mesopotamian moon god Sin, the father of Ninurta who, for centuries, was the main deity worshiped far to the east in the city of Nippur in Mesopotamia. Nippur was considered a holy city and a pilgrimage site with a scribal school that generated literary texts.

The location of the find makes it the farthest west the ancient script has ever been discovered, raising questions about how it ended up in the remote location. Some scholars theorize that the inscribed stone was likely looted from the temple of Nippur during military conflict and then transported westward through an exchange of hands by Cypriot or Mycenaean merchants, thought to have had trading relations with the central Mediterranean at the time.

Moreover, because cuneiform-inscribed agate would have been considered highly valued during the late Bronze Age, its presence within the Tas-Silg sanctuary, according to some scholars, suggests that the sanctuary had a much wider significance than for those who lived on Malta at this time. The sanctuary is already known to have been an important place of worship in the Mediterranean during the Phoenician and Roman eras. 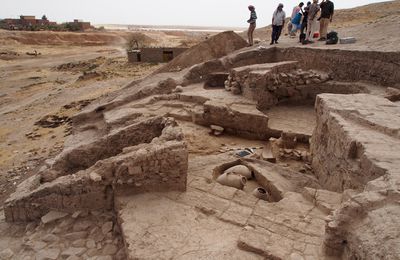 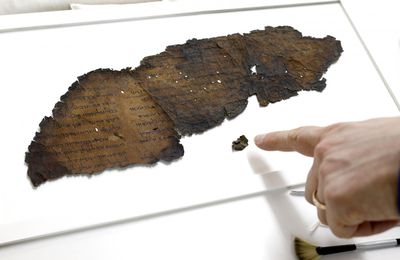 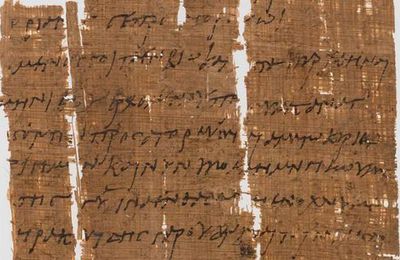