Julian Assange and his free-speech brainchild Wikileaks were once lauded as global heroes of public service among United States politicians and policy makers. But by 2010, four years after its inception during the President George W. Bush administration, Assange and his organization were no longer considered lovable troublemakers and mavericks.

The honeymoon for the whistle-blower web site, once a darling of the Democratic Party, was now over. Even more alarming, Assange’s personal safety and organization were increasingly at risk from U.S. concerns.

By November 2010, Assange was a household name globally, but especially on Capitol Hill. And in the State Department alone his prowess of releasing otherwise secret, damning military documents and emails were filling conference rooms at Foggy Bottom and the White House with policy wonks and bureaucrats desperately seeking to squelch the upstart Wikileaks. At the State Department, meeting after meeting was conducted about how Secretary of State Hillary Clinton and her inner circle were going to squash Assange and Wikileaks latest planned document dump on the United States. Deemed “CableGate,” Assange planned to release confidential cables, or communications, unveiling damaging internal conversations between State Department personnel and its foreign assets and allies.

Prodded by the looming CableGate, Clinton met with staff on Tuesday November 23, 2010 shortly after 8 a.m. on Mahogany Row at the State Department to attempt to formulate a strategy to avert Assange’s plans to release an enormous batch of 250,000 secret cables, dating from 1966 to 2010. Assange had professed for months to rain the internal cables down on Clinton and President Obama. The collective fear was the context of the secret cables would hamper U.S. intelligence gathering and compromise private correspondences and intelligence shared with foreign governments and opposition leaders. Splashing such juicy details on television news shows and the front pages of major newspapers in the country was great for the media but lousy for intelligence and foreign policy. Many, including Clinton and her elected boss, expressed fear these revelations would embarrass and expose intelligence allies of the United States and set America’s already fragile foreign policy back decades.

“By its very nature, field reporting to Washington is candid and often incomplete information,” White House press secretary Robert Gibbs said in a statement responding to Wikileaks’ anticipated tidal wave release of intelligence. “It is not an expression of policy, nor does it always shape final policy decisions.”

Clinton’s State Department was getting pressure from President Obama and his White House inner circle, as well as heads of state internationally, to try and cutoff Assange’s delivery of the cables and if that effort failed, then to forge a strategy to minimize the administration’s public embarrassment over the contents of the cables. Hence, Clinton’s early morning November meeting of State’s top brass who floated various proposals to stop, slow or spin the Wikileaks contamination. That is when a frustrated Clinton, sources said, at some point blurted out a controversial query.

“Can’t we just drone this guy?” Clinton openly inquired, offering a simple remedy to silence Assange and smother Wikileaks via a planned military drone strike, according to State Department sources. The statement drew laughter from the room which quickly died off when the Secretary kept talking in a terse manner, sources said. Clinton said Assange, after all, was a relatively soft target, “walking around” freely and thumbing his nose without any fear of reprisals from the United States. Clinton was upset about Assange’s previous 2010 records releases, divulging secret U.S. documents about the war in Afghanistan in July and the war in Iraq just a month earlier in October, sources said. At that time in 2010, Assange was relatively free and not living cloistered in in the embassy of Ecuador in London. Prior to 2010, Assange focused Wikileaks’ efforts on countries outside the United States but now under Clinton and Obama, Assange was hammering America with an unparalleled third sweeping Wikileaks document dump in five months. Clinton was fuming, sources said, as each State Department cable dispatched during the Obama administration was signed by her.

Clinton and other top administration officials knew the compromising materials warehoused in the CableGate stash would provide critics and foreign enemies with a treasure trove of counterintelligence. Bureaucratic fears about the CableGate release ultimately proved to be well founded by Clinton, her inner circle and her boss in the White House. The revelations of these U.S. diplomat generated correspondences were damaging on many levels, and among thousands of examples, included:

Following Clinton’s alleged drone proposal, another controversial remedy was floated in the State Department to place a reward or bounty for Assange’s capture and extradition to the United States, sources said. Numbers were discussed in the realm of a $10 million bounty. A State Department source described that staff meeting as bizarre. One minute staffers were inquiring about the Secretary’s blue and black checkered knit sweater and the next minute, the room was discussing the legalities of a drone strike on Assange and financial bounties, sources said.

Immediately following the conclusion of the wild brainstorming session, one of Clinton’s top aides, State Department Director of Policy Planning Ann-Marie Slaughter, penned an email to Clinton, Chief of Staff Cheryl Mills, and aides Huma Abebin and Jacob Sullivan at 10:29 a.m. entitled “an SP memo on possible legal and nonlegal strategies re Wikileaks.”

“Nonlegal strategies.” How did that phrasing make it into an official State Department email subject line dealing with solving Wikileaks and Assange? Why would the secretary of state and her inner circle be discussing any “nonlegal strategies” for anything whatsoever? Against anyone? Shouldn’t all the strategies discussed by the country’s top diplomat be strictly legal only? And is the email a smoking gun to confirm Clinton was actually serious about pursuing an obvious “nonlegal strategy” proposal to allegedly assassinate Assange? Numerous attempts were made to try and interview and decipher Slaughter’s choice of email wording, however, she could not be reached for comment. Insiders said Slaughter is keeping a “low profile” in Princeton, NJ until she is nominated for a position in Clinton’s cabinet if the Democrat is elected in November. Likewise, True Pundit attempted to contact Mills, Abedin, and Sullivan for their perspectives on this story. None commented on the record.

Slaughter’s cryptic email also contained an attached document called “SP Wikileaks doc final11.23.10.docx.” That attachment portion of Slaughter’s “nonlegal strategies” email has yet to be recovered by federal investigators and House committee investigators probing Clinton’s email practices while at State. Even Wikileaks does not have the document. Slaughter, however, shed some light on the attachment: “The result is the attached memo, which has one interesting legal approach and I think some very good suggestions about how to handle our public diplomacy.”

But did it also include details on the “nonlegal strategies” teased in the subject line?

Sources confirm Clinton took the email and attachment with her to the White House for an afternoon meeting with Secretary of Defense Bob Gates and National Security Advisor Tom Donilon prior to an additional evening meeting at the White House. President Obama, sources said, did not attend the early meeting with Gates as he was traveling with Vice President Joe Biden. President Obama did attend the second meeting, however, and Wikileaks and Assange’s planned release of secret cables were discussed at length, sources said. Attending this meeting were President Obama, Clinton, Gates, Donilon, Director of National Intelligence James Clapper, Deputy Secretary of State James Steinberg, Under Secretary of Defense for Policy Michele Flournoy, Chairman of the Joint Chiefs of Staff Admiral “Mike” Mullen, Vice Chairman of the Joint Chiefs of Staff Gen. James Cartwright as well as a half dozen or more various policy aides, sources confirmed.

Did Clinton also share her alleged morning query of droning Assange with the members of the National Security Council and the President? Was it discussed among the top secret subjects in the meeting? Or was Clinton planning to conduct or hatch her own secret foreign policy in defiance of the President, a likely violation of the Logan Act?

Now, almost six years after allegedly threatening to assassinate Julian Assange, some former State Department personnel believe perhaps Clinton’s comments were an attempt at brevity or humor by the former secretary of state, sources said. But since when is Clinton known for her beaming sense of humor and wit? Joking or not, is it appropriate for the top diplomat of the United States to even jest about droning the Wikileaks founder, largely considered an international journalist and whistle blower? State Department personnel would not talk on the record about the Assange meetings or Clinton’s comments. But sources familiar with the meeting said their recollections were jarred again by a recently released report from the FBI’s July interview with Clinton where she acknowledged a penchant for discussing drone strikes to eliminate troublesome foes.

The FBI’s 302 report from Clinton’s email investigation interview, again, specified that Clinton had “many discussions” related to “nominating” drone strikes on individuals:

Sources said Clinton’s comments on neutralizing Assange fits a pattern of callousness when combined with the FBI testimony that she often considered droning individuals and then coupled with her reaction to Libyan leader Moammar Gaddafi’s death in Oct. 2011.

Gaddafi was tortured and killed, largely due to Clinton’s maneuvering in the Middle East and Libya. During a sit down interview with CBS News, a Clinton aide notified the room during a taping break of news reports that Gaddafi had been dragged throughout the streets of Libya and ultimately killed. Unaware the camera was still rolling, a jovial and proud Clinton pronounced: “We came. We saw. He died.” This was Clinton’s initial response to the dictator’s demise. A cackling Clinton was then joined in laughter by the CBS correspondent and off-camera aides and staff.  Again, more proof of a disturbing habit of treating human life as a disposable commodity like a soiled diaper.

Unable to legally counter or stop Wikileaks, and likely abandoning any and all legal and “nonlegal strategies,” Clinton and her staff were forced to weather the collateral damage of CableGate. In fact, just five days after Clinton’s meetings on Mahogany Row in the State Department and the White House, Wikileaks began releasing cables to news outlets globally on Sunday November 28, 2010.

Shortly after CableGate, the WikiLeaks founder sought refuge from authorities and threats by hiding at the Ecuadorian Embassy in London.

Now 45, Assange is in his fifth year living quarantined inside the embassy. Clinton remains the Democratic nominee for the presidency of the Unite 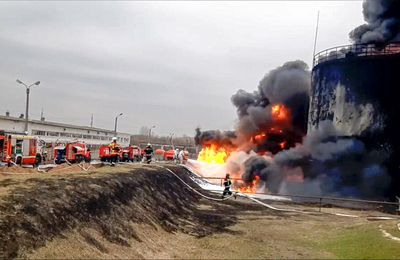