FILE - In this Nov. 2, 2011 file photo, occupy Oakland protesters march through the Port of Oakland in Oakland, Calif. Protesters want to shut down ports up and down the U.S. West Coast on Monday, Dec.12,2011, to gum up the engines of global commerce. But organizers who are partly billing this effort as a show of solidarity with longshoremen have not won the support of the powerful union representing thousands of dock workers. Photo: Noah Berger / AP

OAKLAND, California (AP) — Heady with their successful attempts to block trucks and curb business at busy ports up and down the West Coast, some Occupy Wall Street protesters plan to continue their blockades and keep staging similar protests.

Thousands of demonstrators forced shipping terminals in California, Oregon, and Washington state, to halt parts of their operations Monday and some intend to keep their blockade attempts ramped up overnight.

At least one outside observer who has followed political movements for decades said the port blockades were an indicator of the disruptive activities likely to continue for months and right until next year's presidential elections.

The movement, which sprang up this fall against what it sees as corporate greed and economic inequality, focused on the ports as the "economic engines for the elite." It comes weeks after police raids cleared out most of their tent camps.

Demonstrators say they are standing up for workers against the port companies, which have had recent high-profile clashes with union workers.

In Oakland, some 1,000 protesters said they were determined to remain at the port overnight.

While the protests attracted far fewer people than the 10,000 who turned out Nov. 2 to shut down Oakland's port, organizers declared victory and promised more demonstrations.

Mike King, another Occupy Oakland organizer, said demonstrators had voted to remain at the port until at least 3 a.m. Tuesday to block any sudden shifts of longshoremen to offload the three ships that were neglected Monday.

"We had made a promise to the rest of the occupiers that if there was violence we would extend the blockade," said King. "So in the spirit of solidarity, we're going to continue until tomorrow."

Oakland Mayor Jean Quan pleaded with the occupiers to go home and allow the longshoremen and truckers get on with their livelihoods.

Police in Seattle used "flash-bang" percussion grenades to disperse protesters who blocked an entrance to a Port of Seattle and 11 demonstrators were arrested.

Officers moved in Monday evening after Occupy Seattle protesters tried to set up a makeshift barrier near the entrances to two terminals, using scraps of wood and aluminum debris.

Police Detective Jeff Kappel said demonstrators blocked traffic and hurled flares, bags of paint and other debris at officers and police horses. He says one officer was treated by medics after a bag of paint hit his face.

Security concerns were raised when police found two people in camouflage clothing with a gun, sword and walkie-talkies who said they were doing reconnaissance.

In Alaska, Occupy Anchorage protesters showed solidarity with their West Coast counterparts by focusing on port issues, though they took a different tack in Alaska's largest city.

Rather than try to shut down the port — which is only open two days a week and Monday was not one of them — protesters assembled to highlight what they said was mismanagement and the proposed expansion of the Port of Anchorage, which handles most goods consumed by Alaskans.

Todd Gitlin, a sociologist at Columbia University and an authority on social movements, said the Occupy movement is highly ambitious and would continue to expand and diversify. He has said that the 1960s anti-war movement grew gradually for years until bursting onto the world stage during the election year of 1968.

"I would assume that the action today is going to be representative of what's going to be happening from now on," Gitlin said. "There will be more of a tendency toward militant disruptive activity. There's going to be a number of coordinated actions and this is going to go on for months."

Some port officials lament the loss of pay for longshoremen and truck drivers, who are not among the nation's wealthy elite — and protesters would say are among the 99 percent.

"Today's disruptions have been costly to port workers and their families in terms of lost wages and shifts," Port of Oakland spokeswoman Marilyn Sandifur. She noted that the Oakland seaport is the fifth busiest container port in the United States and intended to open as usual Tuesday morning.

Some longshoremen supported the Occupy Oakland protesters, even though they lost a day's wages. But some of the truck drivers who had to wait in long lines as protesters blocked gates said the demonstrators were harming the very people they were trying to help.

"This is joke. What are they protesting?" said Christian Vega, who sat in his truck carrying a load of recycled paper. He said the delay was costing him $600. "It only hurts me and the other drivers.

"We have jobs and families to support and feed," he said. "Most of them don't." 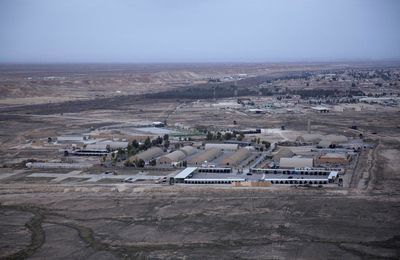 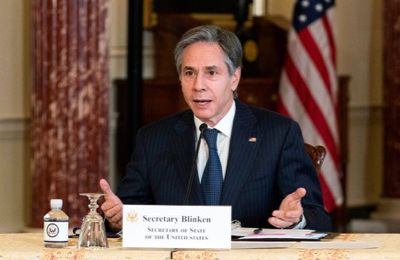