China has dismissed the new US sanction against Iran's oil sector, saying that the commercial ties with Iran are totally legitimate and should not be subject to any punishment.

“China maintains normal and transparent energy and economic cooperation with Iran which does not violate UN Security Council resolutions and these interactions should not be affected,” Chinese Foreign Ministry spokesman Hong Lei told a daily news briefing on Thursday.

“China opposes the placing of one's domestic law above international law and imposing unilateral sanctions on other countries,” he added.

Hong went on to say that sanctions are not the correct approach to easing what the US calls tensions over Iran's nuclear program, adding that, “Dialogue and negotiation is the right way out.”

Iran exported about 622,000 barrels of oil per day to China in November, maintaining its place as the third largest crude supplier to the East Asian country.

According to the Chinese General Administration of Customs (GAC), the figure indicates a 5.3 percent growth over the corresponding number for the previous year.

South Korean and Japanese officials are also mulling plans to ignore the US sanction against Iran.

South Korea has recently announced that it will buy around 10 percent of its needed crude from Iran in 2012, which will be slightly higher than last year.

The United States is mounting pressure on foreign firms to stop buying Iranian crude in a bid to force Tehran to end its peaceful nuclear energy program.

On December 31, US President Barak Obama signed into law fresh economic sanctions against Iran's Central Bank in an apparent bid to punish foreign companies and banks that do business with the Iranian financial institution.

The bill requires foreign financial firms to make a choice between doing business with Iran's Central Bank and oil sector or with the US financial sector.

US sanctions, as well as unilateral embargoes imposed on Iran's energy and financial sectors by Britain and Canada came after the International Atomic Energy Agency (IAEA) issued a report on Iranian nuclear program early November, accusing Tehran of seeking to weaponize its nuclear technology.

Tehran argues that as a signatory to the nuclear Non-Proliferation Treaty and a member of the IAEA, it has the right to develop and acquire nuclear technology for peaceful purposes. 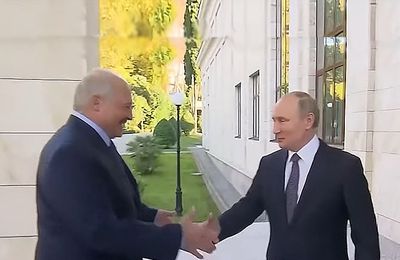