Exclusive: Corrupt Apple Store Employees Come Forward Across America
We thought the crookedest little Apple Store in Texas was an isolated case. We were wrong: confessions from Apple's retail squads around the country (and world) poured in. Apple has a serious naughty behavior problem on its hands, and the Evil Geniuses are speaking out.

The sources we talked to this summer described an Apple Store that wasn't just poorly managed—it was a personal playground. Computers were traded for plastic surgery, iPhones were smashed like party favors, and employees outright stole from the back room for their own pleasure. It was a den of misuse and abuse, all under the gleaming white aegis of Apple Retail. The perfection is a myth.

And now we know the store-gone-crazy is systemic, reaching from Tennessee to Vancouver, and across oceans. Here's what's happening in the stores you trust. The following sources contacted us via email and Skype, ranging from the Southeast, Tennessee, across California, Massachusetts, Canada, Maryland, Michigan, New York, New Jersey, and Texas. There were even more—"I worked in the most corrupt in the UK"—who couldn't be included in time.

The habit of breaking things just because you can ran throughout our Genius Bar confessions. Because sometimes breaking expensive things is fun. For almost everyone who wrote in, the inventory room was a playground—and management was either oblivious or in on the action.

Destroying merchandise is treated as a game.

Destroying expensive things for fun wasn't just a game—it was a documented game. Destructive Geniuses actually snap evidence of their handiwork. Here we see a shattered iPad, brand new in its box.

After the thrill of breaking wears off, you might as well start taking it for yourself.

The trick of swapping out broken, old, or otherwise unwanted employee gadgets for brand new ones out of store inventory was a regular one. Discount codes were also applied liberally where they didn't belong. In short: Geniuses played the system to get free toys.

Nicole, who contacted me after reading our first Genius Bar report, didn't have much to worry about when she worked back in the inventory room. It was like a bunch of kids in detention.

sambiddle: was management.. not doing much?
nicole: Definitely not in our store
nicole: They were generally in the office texting about their tragic lives, playing angry birds, on the floor texting, or hooking up with each other in the closets

These two employees stole straight from the source—one even flipped Apple components and swapped in cheaper ones he bought online.

But Nicole probably wins for the zaniest heist: the giant display iPhones Apple places in its store windows:

sambiddle: did you ever take things for yourself? since you were right there with ALL the inventroy
sambiddle: inventory
nicole: I took visual items a lot
nicole: and gave them away to other employees a lot.. instead of destroying them like indicated
sambiddle: what are those?
nicole: Like you know the display headphones on the floor? And the acrylics and cables and everything?
nicole: Or the giant ipods in the window displays
sambiddle: yeah
nicole: I'd take things like that a lot
sambiddle: HAHA wait you took the giant ipods!?!
nicole: I have a giant nano, an ipod touch, some popcorn, a giant table from the "GO GREEN" window.. I have a pretty large collection

sambiddle: did you witness any abuse/theft/destruction etc?
nicole: definitely. even within our team although we were the ones responsible for catching and reporting it so obviously when it was within our team it wasn't reported
Whenever any apple branded items are returned (as long as they aren't serialized like ipods/computers/ipads and such) they get thrown in a box called scrap which basically goes back to apple recycling.. and people constantly took things out of there.. we had specialists taking easypays and floater ipod touches home constantly
nicole: They sell REALLY well on ebay
sambiddle: did you guys ever just fuck with inventory?
sambiddle: break things?
nicole: One of the inventory guys with me did
nicole: he was a definite hot head. He broke a few imac screens and would throw things sometimes
sambiddle: just for fun?
nicole: never got in trouble because management thought it was funny. but a genius threw an ipod touch and broke it and got fired immediately
nicole: yeah usually for fun or if he was pissed off

Our store source say managers and staffers harass each other regularly, with no consequences. Personal information—both staff and customer—is trivial.

nicole: yeah
nicole: she called me in the office once because one of the guys that worked there was struggling with his sexuality (completely NOT my business.. sure he told her that in confidant) and told me that all of us in the store who were bisexual and dating both sexes were just showing him it was a choice and just on and on with the church talk
nicole: management loved to do that. Share incredibly personal conversations with others under the guise of being "caring"
sambiddle: that's sure not good
nicole: Wage information.. sexuality.. medical conditions.. all of it

If a woman walked in, her stuff would get digged through, shared, and laughed at. Team bonding. Your iPhone camera roll isn't safe.

A Texan tipster says he and his Genius friends had unrestricted access to customer personal data.

Good looking customers were given whatever they want, says this source.

We all know what "personal use" means.

nicole: we had an incredibly obnoxious manager who figured since he was gay it would be okay for him to grab girl's breasts and butt constantly
nicole: and he didn't get the hint when people asked him to please not do that lol

nicole: I remember we had a playmate (Is that what they're called?) like one of those college girls who isn't famous but she's naked nonetheless
sambiddle: hahah
nicole: she brought her computer in and I definitely remember a lot of the guys were going through her pics

Bethesda is a tony suburb of Washington, DC—and a plum market for Apple. The store rakes in money, and caters to affluent, powerful business clients in the region. And according to our source, is as crooked as Scott Forstall's jacket tassels.

He detailed a history of manipulation, deception, and borderline fraud.

iPhones ain't the only white thing you can find in an Apple Store.

Geniuses at this store bought and sold drugs to each other while you thought they were fixing your laptop.

There are—and will always be—miscreants in every job. Miners, lawyers, cooks, Geniuses—there's no industry that's immune to misbehavior. But when emails arrived in droves repeating the same naughty phenomena, you have to wonder why a company whose rep is as sterling as Apple's seems to have such a pattern of internal havoc. Employees lamented how the company's "culture has declined significantly," that the former "culture is definitely not there anymore." One former employee who had opened retail stores across North America and Asia claimed "The corruption within Apple goes straight to the top. That is why I left, I couldnt tolerate it anymore. Under Mr. Cook, Apple is fracturing from the inside out."

But there's probably a less theatrical explanation here. Apple Stores mint their own gold. They sell some of the most desirable expensive products in the history of desirable expensive products, without the pressure of commission. The stuff sells itself—and websites like ours sure help—and that's why Apple has the most profitable retail operation per square foot in the entire country. The stores make more money than Tiffany, which literally sells giant diamonds.

So why care? When you're in a fog of money, you can imagine it's easier to lose sight of scruples. This doesn't make stolen phones and smashed computers OK, but it might explain why its's so pervasive. And until Apple realizes that its own massive consumer success might actually be a liability, turning its sales mills into playgrounds, we're going to have ever reason to hesitate before handing over our MacBook to that smiling Genius. 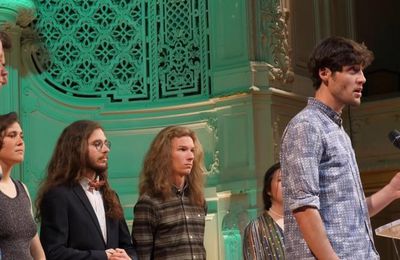 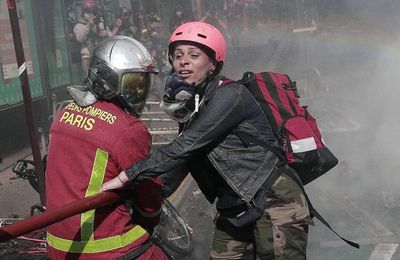